We have come a long way

Poverty is a multidimensional crisis encompassing social, economic and political components. In the last two decades, Bangladesh has shown tremendous progress in both absolute and social poverty alleviation. According to Asian Development Bank’s Country Partnership Strategy, population below poverty line almost halved from 56.6 million in 1990 to 23.6 million in 2016. In the process, Bangladesh was able to meet one of the most crucial Millennium Development Goals of poverty alleviation. Other notable socioeconomic successes include increased primary school enrolment; gender parity in primary and secondary level education; lower infant and under-five mortality rate and maternal mortality ratio; improved immunisation coverage; and reduced incidence of communicable diseases.

Innovative social programmes and robust macroeconomic trends helped Bangladesh achieve such miraculous growth rates and socioeconomic progresses. Amongst many, the most important indicators contributing to the country’s success with regards to poverty eradication have been listed below.

Emergence of a market-driven economy

a. Employment generation in the manufacturing sector

Manufacturing industries started to rise in Bangladesh in the 1980s and have expanded ever since. Today, Bangladesh is second only to China, in terms of RMG export. Other sectors like leather and footwear manufacturing, shipbreaking, processed food and pharmaceuticals are also gaining momentum. The rise in manufacturing has helped to absorb the country’s burgeoning working age population and has increased the female labour participation ratio. Total export earnings in 1976 was USD 0.4 billion, which in fiscal year 2015-16, stood at a staggering USD 34 billion. Population living in poverty declined by almost a quarter between 2000 and 2005 in Bangladesh due to the collective effects of RMG export and remittance growth. Manufacturing led growth was able to absorb labour force from rural areas and helped raise per capita income and reduce dependency on agriculture.

Workers, particularly from rural areas, who cannot manage to find well-paid work in their local communities, often go abroad, usually to the Middle East and Southeast Asia, as migrant workers. In 2015, migrant workers repatriated USD 15.3 billion to the country as remittance earnings, the highest ever recorded in Bangladesh’s history. Successive governments’ proactive intervention in ensuring that workers are able to migrate, get employed and send money through formal channels has driven this massive growth. According to the World Bank, remittance inflow has helped to reduce poverty by 1.5 percent. Remittance earnings have even surpassed contributions from Foreign Direct Investment (FDI) and Overseas Development Assistance (ODA). In fact, in FY2014-2015, remittance earnings were nine times higher than FDI and four times higher than ODA. In 2014, remittance earnings accounted for eight percent of the country’s GDP, turning out to be a major contributor in allaying poverty.

Post-1972, Bangladesh was keen on adopting policies and interventions based on the ideas of socialism and public ownership of institutions. Private enterprises were discouraged and almost all local industries and institutions were publicly owned and managed. Over time, Bangladesh moved towards market based economy and gradually the private sector flourished.

Post-1975, key industries like banking, manufacturing and telecommunication began to be privatised and continue to be so till this day. Owing to rapid private sector participation and development, per capita income in Bangladesh rose from USD 100 in 1970s to USD 687 in 2010, slashing poverty by half in the process. The private sector today accounts for 93 percent of GDP, 81 percent of total investment, 94 percent of consumption expenditure, and 80 percent of domestic credit. This occurred due to both the major political parties’ commitment towards private-sector led growth. Successive governments, in spite of opposing on many fronts, have remained steadfast in supporting private sector expansion. The national policy for accelerated poverty reduction and social development emphasised the need for poverty reduction by creating an open and competitive environment conducive to private investment, highlighting exports and rural development. Creation of such an enabling environment assisted in creating jobs and generating higher income leading to declining poverty. 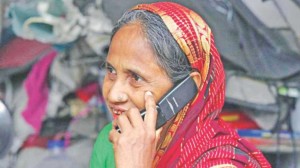 Development of a more participatory and inclusive political regime

In governance development context, 1990 can be seen as a ‘Watershed Year’ for Bangladesh. The 1990s did away with volatile politics in Bangladesh and ushered in an era of relatively stable democracy. Before 1990, coups and military rule dominated Bangladeshi politics which gave way to comparatively steady, democratic rule beginning from 1990, after which the country has mostly been run by two major parties and has experienced relative political stability that helped to foster an environment conducive to local and international businesses. Undisrupted trade and manufacturing has helped foreign and local firms to grow and invest in Bangladesh, increasing per capita income and helped to generate jobs in both urban and rural areas.

b. Role of NGOs

Bangladesh has been one of the most successful cases of NGO intervention. The country currently hosts two of the biggest and most influential NGOs in the world, namely BRAC and Grameen. Grameen introduced and popularised the idea of micro-credit and social business which helped rural communities become financially educated and independent. BRAC, on the other hand, made ample contributions towards improving education, women’s health and sanitation which assisted in addressing abject poverty. Landless villagers and marginalised farmers were the poorest in rural Bangladesh. NGOs, through their community based door-to-door social and financial services, and introduction of investment concepts like credit based cooperatives, helped landless, helped the rural population become financially liberated. NGOs also generated employment through investment loans, capacity building training and employment in their organisations. Today, Bangladesh’s NGO programmes, especially those dealing with innovative, financial instruments and schemes, are emulated around the world and are helping to lift millions out of poverty.

Bangladesh has increased her food grain production over the last three decades from 11.8 million metric tonnes in 1974 to more than 34.5 million metric tonnes in 2010-11. The country has also made admirable progress over the past 40 years in achieving food security. With one of the fastest rates of productivity growth in the world since 1995, agriculture accounted for 90 percent of the reduction in poverty between 2005 and 2010. More than 70 percent of Bangladesh’s population and 77 percent of its workforce live in rural areas and nearly half of all of Bangladesh’s workers and two-thirds in rural areas are directly employed in agriculture. About 87 percent of rural households rely on agriculture for part of their income. In the last 10 years, rice production in Bangladesh has increased at a higher rate than population growth, which assisted in reducing poverty. The daily per capita availability of food grains in Bangladesh has reached the standard food grain requirement or target consumption level of 454 grams in 1997-98 and has always been above the threshold level since. This unprecedented rise in food production has helped Bangladesh tackle its growing population and has significantly helped pulling millions out of poverty.

Bangladesh experienced a communication revolution due to the ready availability of affordable mobile and internet connectivity. Proliferation of mobile banking has increased digital financial inclusion and has made conducting businesses easier and faster, thereby contributing to economic growth in both urban and rural Bangladesh.  In 2015, mobile technologies and services alone generated 6.2 percent of Bangladesh’s GDP. Mobile technologies have particularly been a boon to the rural population whose marginal utility from use of mobile phones is far greater than urban consumers. The rural population suffers from a lack of timely and relevant information, so mobile phones provide villagers across Bangladesh pertinent information and communication which enhanced existing business and created new ones. Mobile communication and mobile banking also significantly reduced the cost of doing business and gave thousands of people outside the formal banking network a chance to digitally conduct cash transfers. Mobile banking services have altered and revolutionised ways in which people from the low income bracket spend, transfer and save money. Less than 30 percent of the 160 million people in Bangladesh hold a formal bank account, hence, the Central Bank vigorously encouraged mobile banking services. Today  the number of mobile money users now stands at 23 million, enabling millions to conduct transactions digitally.

Continued support from governments towards market led growth, role of non-government outfits, macroeconomic stability and equitable and forward looking policymaking, all in conjunction assisted in creating an environment conducive to economic development. However, Bangladesh still has 23.6 percent of its population living under the poverty line and several key socioeconomic hurdles to overcome before it can reach middle income status and climb up the Human Development Index. In the end, complete and sustainable poverty alleviation would require further innovative policymaking, political stability, and persistent contribution and commitment from all stakeholders.

The writer is a Senior Research Associate at the Institute for Policy, Advocacy and Governance (IPAG).

You are in: Home / Resources / Commentary / We have come a long way