The spectre of deportation 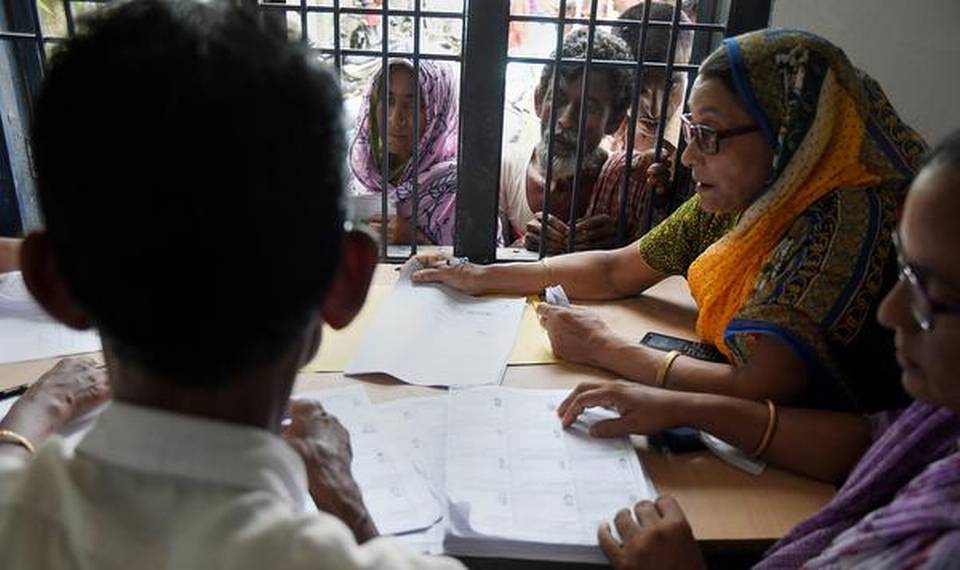 The last date for filing claims and objections for Assam’s National Register of Citizens (NRC) has been extended by the Supreme Court to December 31, from December 15. This exercise of compiling the NRC in the first place has sparked a debate around its political, economic and humanitarian consequences, and its implications for India’s relationship with its neighbours, particularly Bangladesh. In fact, there was some disquiet in Bangladesh when the Indian Army Chief, General Bipin Rawat, lent support to the NRC drive, claiming that those settled in Indian territory without legal jurisdiction posed a threat to national security.

Few seem to realise that there are legal as well as illegal Indian immigrants in Bangladesh too. According to the latest available Bangladesh government estimates of 2009, more than 500,000 Indians were working in Bangladesh. More recently, Bangladesh was reported to be among the highest source of remittances to India, behind the United Arab Emirates, the U.S., Saudi Arabia, Qatar and the U.K. Many Indian citizens are securing coveted employment opportunities in Bangladesh through multinational companies, non-governmental organisations, and trading activities. To put things into perspective, most of them are employed in advantageous jobs in Bangladesh while Bangladeshis in India are largely employed in low-paying jobs.

The ruling establishment in India maintains that the NRC is an administrative task overseen by the Supreme Court, and not a political gambit. However, some members of the ruling party have been making hateful anti-migration and anti-Bangladeshi comments that reflect poorly on the prevalent positive relationship between Bangladesh and India.

While Prime Minister Narendra Modi has assured the Bangladesh government that those excluded from the NRC will not be deported, Dhaka has so far been silent on the issue, terming it as an ‘internal matter of India’. This is seen as a signal that Bangladesh, already stretched in terms of resources and manpower to host Rohingya refugees, would not be acceding to a request of taking back Bengali-speaking Muslims in case deportation is initiated. Yet, some remain apprehensive, pointing out that Bangladesh had been similarly unconcerned about the Rohingya issue, which did not prevent the country from ultimately hosting more than a million Rohingya.

Mr. Modi came to power with proclamation of a ‘Neighbourhood First’ policy. Midway in the final year of his term, the reality speaks quite differently. Nepal, once a time-tested ally, has tilted towards China since the 2015 Nepal blockade barring the entry of fuel, medicine and other vital supplies and holding the state to a literal siege. Nepal now has been given access to four Chinese ports at Tianjin, Shenzhen, Lianyungang and Zhanjiang in addition to its dry (land) ports at Lanzhou, Lhasa and Xigatse, as well as roads to these facilities, ending India’s monopoly to its trading routes. The India-Bhutan relationship has also been strained ever since India temporarily withdrew subsidies on cooking gas and kerosene in 2013, constraining bilateral ties. The Doklam stand-off in the summer of 2017 reinforced Bhutan’s scepticism towards Chinese expansionist plans across the region. Simultaneously, Thimphu has been underlining the landlocked kingdom’s aspiration to affirm its sovereignty. It has, for instance, stepped out of India’s diplomatic influence, as evidenced by its withdrawal from the Bangladesh-Bhutan-India-Nepal (BBIN) motor vehicles agreement. The India-China power play has also cast its shadow over Sri Lanka and the Maldives in the last few years.

Against this backdrop of China making inroads into South Asia and India’s backyard, Bangladesh has so far been the most trusted ally of India. On the security front, it has cooperated in India’s crackdown on insurgents. Border Security Force (BSF) chief K.K. Sharma said last year that because of close cooperation with Border Guard Bangladesh (BGB) “the number of training places and hideouts of these insurgents (in Bangladesh) has been reduced to almost zero.” Annual bilateral trade is set to cross the $9 billion mark, making it India’s biggest trading partner in South Asia. In addition, Bangladesh has facilitated connectivity with the Northeast by allowing the use of Chittagong and Mongla ports. However, the Teesta water-sharing issue remains unaddressed, non-tariff barriers on Bangladeshi exports persist and border killings are yet to become a thing of the past.

The NRC issue threatens to disturb the equilibrium in India-Bangladesh ties. It is vital to note that Bangladesh is heading for elections at the end of this month, and in poll campaigns, relations with India tend to be played up. Plans for deportation of those not on the NRC list are not only politically imprudent but also risk inciting unrest across the region. Previous similar exercises have not been effective and only resulted in alienating individuals from their natural rights.

You are in: Home / Resources / Commentary / The spectre of deportation