The New Playbook of Islamic States 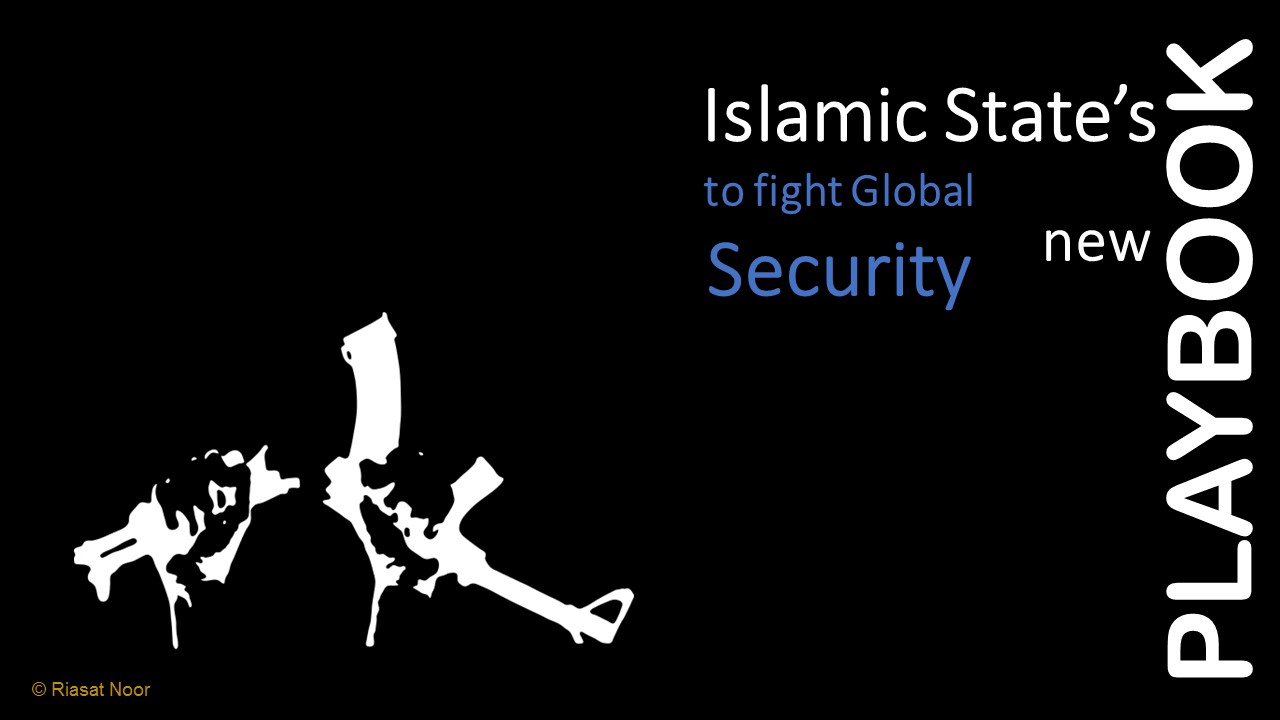 Abstract: With dynamic attack moves and tactical battle plans, ISIS is mulling custom designed strategies for each of its operation – a tool that decreases ISIS’s predictability and decoys the global security apparatus.

When Joker hacked a bank in the Batman movie, he left three or four stash of money neatly placed on the floor of the strong-room. His motive was none other than showcasing his supremacy and mocking the corrupted Gotham police. In the real world, Islamic State in Iraq and Syria (ISIS) telegrams or telecasts the claim through its al-Hayat media wing or Amaq news agency and brags for further attack. Knowingly or unknowingly ISIS is shadowing the Joker – a real time irony.

Breach unbeknownst – might be the appropriate strategy that ISIS is now following. Its surreptitious attacks are now leaving behind mocking trails to dumbfound the intelligence network. While police investigates attackers’ profile, they are still in deep water to dig out the attackers’ sudden enthrall and rapid transformation into ultra-violent imagery. Chauvinistic ISIS exploited the hesitant government in Syria, Libya and Iraq and committed ethno-sectarian cleansing to fortify position for its affiliates and sympathizers. Its propaganda further took the dominating social media strategy with gruesome videos and hashtag campaigns from American and European hallmark attacks. And they directed or inspired the murderous sweep on ‘soft targets’ in favor of more symbolic venues. Take an airport, a concert hall, holiday party, nightclub, train station, café, street, promenade carnage and train hacking. All operations were undertaken by an individual or handful of people with little or no previous tie to radicalism.

ISIS itself answers it with a throwback question: “Who’s next?” The western land as the only ISIS hotspot is no longer an option. It is now believed that, ISIS terror cells have spread across the European continent with 200 standby agents to receive orders (Seldin, 2016), (Chulov, 2016). Although its agenda includes attacking Western polytheists and infidels on their own soil, it has aggressed in South Asia and targeted Southeast Asia as the “next hotspot”. It has already conducted localized operations in Malaysia, Bangladesh and Indonesia. For such attacks, supporters of the ISIS took “cues” from its call to target “so-called non-believers” during Ramadan in 2016. Additionally, many ISIS fighters who were recruited in Asia to fight in Syria retuned home and started practicing the ‘old habit’ (Jennings, 2016).

With its vehemence and atrocity of the modern day Joker, ISIS can hardly be compared with Al-Qaeda. Unlike Al- Qaeda, ISIS’s Jihadi sentiment demands establishment of Muslim state with an apocalyptic vision, and it wants it now. After Osama Bin Laden’s death, Al Qaeda is now a loose confederation of Jihadist group, whereas ISIS is a well-funded group with newer attack strategies. Unlike Al-Qaeda’s animated fanatic imagery, ISIS has maneuvered its tactical view as of a secret service (Reuter, 2016). Recently, ISIS is recruiting its fighters out of any conventional watch list – a tactical shift that ISIS adopted after the London attack in 2005. It is already breeding trained sleeper agents in Syria. Fast forwarding to 2015, ISIS took this as a modus operandi to infiltrate neighboring targets. Such guerilla operations started when ISIS had had 26,000 supporters killed by US-Iraq coalition airstrike in 2014.

Added concern comes with ISIS’s social media mastery for attracting young Jihadists and constant sharing of intelligence and combat lessons among its core control and cells around the world. (Seldin, Fears Islamic State Will Use Guerrilla Tactics in Europe, 2016). As a result, the global counterterrorism tactics used for previous extremist groups, i.e. Al-Qaeda is now proven less effective against the ISIS. The activated sleeper cells combine with local knowledge and neighbors’ sympathy and become a plug and play poodle for ISIS.  For intelligence community this becomes inseparable to stop or “virtually impossible” to identify from traditional criminal organization. Already ISIS has attacked San Bernardino, Brussels, and Paris with locals’ subject knowledge and significant planning before the attack.

Security experts forecast that in the next stage IS foreign fighters may exercise their combat experience on high value targets (HVT) using unstable explosives. (Seldin, Fears Islamic State Will Use Guerrilla Tactics in Europe, 2016). The conjected objectives are to incur maximum impact, swell islamophobia worldwide and to tussle the US-led coalition in the Middle East. ISIS top leadership is already laying designs to release fear and chaos in Europe with priority list based on country’s weak points. For example, nine days before the Paris attacks, ISIS leaders gathered in Tabqah to recalculate UK, Belgium, and Spain’s attack.

Fear and revulsion can inspire another level if chemical weapons are deployed in the battle ground. ISIS has already hammered northern Syria in 2015 with mustard gas and a foiled chemical attack in Morocco in 2016. Fear appeals further as ISIS had access to bunkers from the past Iraqi chemical weapons programs (Euroepan Union, 2014). Although ISIS hasn’t carried out such attack outside of Iran and Syria, the European Parliament issued warning to “prepare for the possibility” of a chemical attack (Moore, 2015). While ISIS plans to attack Europe with explosives and chemicals or biological weapons, it continues to stash its extremist ideology into recruiting affiliates in Iran and Syria. ISIS’s indoctrination is so overwhelming that Murad, a Yazidi boy, hesitated to flee from ISIS training, which raped his mother and slaughtered or enslaved thousands from his minorities. Like Murad, many abducted Yazidi boys are now being trained to use knife, Kalashnikovs and Glocks.

These tactical strategies are not completely forecastable, nor are the possibilities of newer ones. The rise of fragile regimes in the Middle East, migration and Brexit crisis in the European Union and maritime row among superpowers breed the classic period for vulnerable geopolitics and global security. And with it the chance of further terror attacks. ISIS plays the crusader intervention in this tough rhetoric and sees idiosyncratic stratagem as essential to implicate caliphate through a global war.

Chulov, M. (2016, March 25). How Isis laid out its plans to export chaos to Europe. Retrieved from The Guardian: https://www.theguardian.com/world/2016/mar/25/isis-plans-export-chaos-europe-paris-brussels

ISIS Terrorists Have Adopted A New Strategy That Is ‘Virtually Impossible’ To Stop. (2016, April 18). Retrieved from http://dailycaller.com/2016/04/18/isis-terrorists-have-adopted-a-new-strategy-that-is-virtually-impossible-to-stop/

You are in: Home / Resources / Blogs / The New Playbook of Islamic States