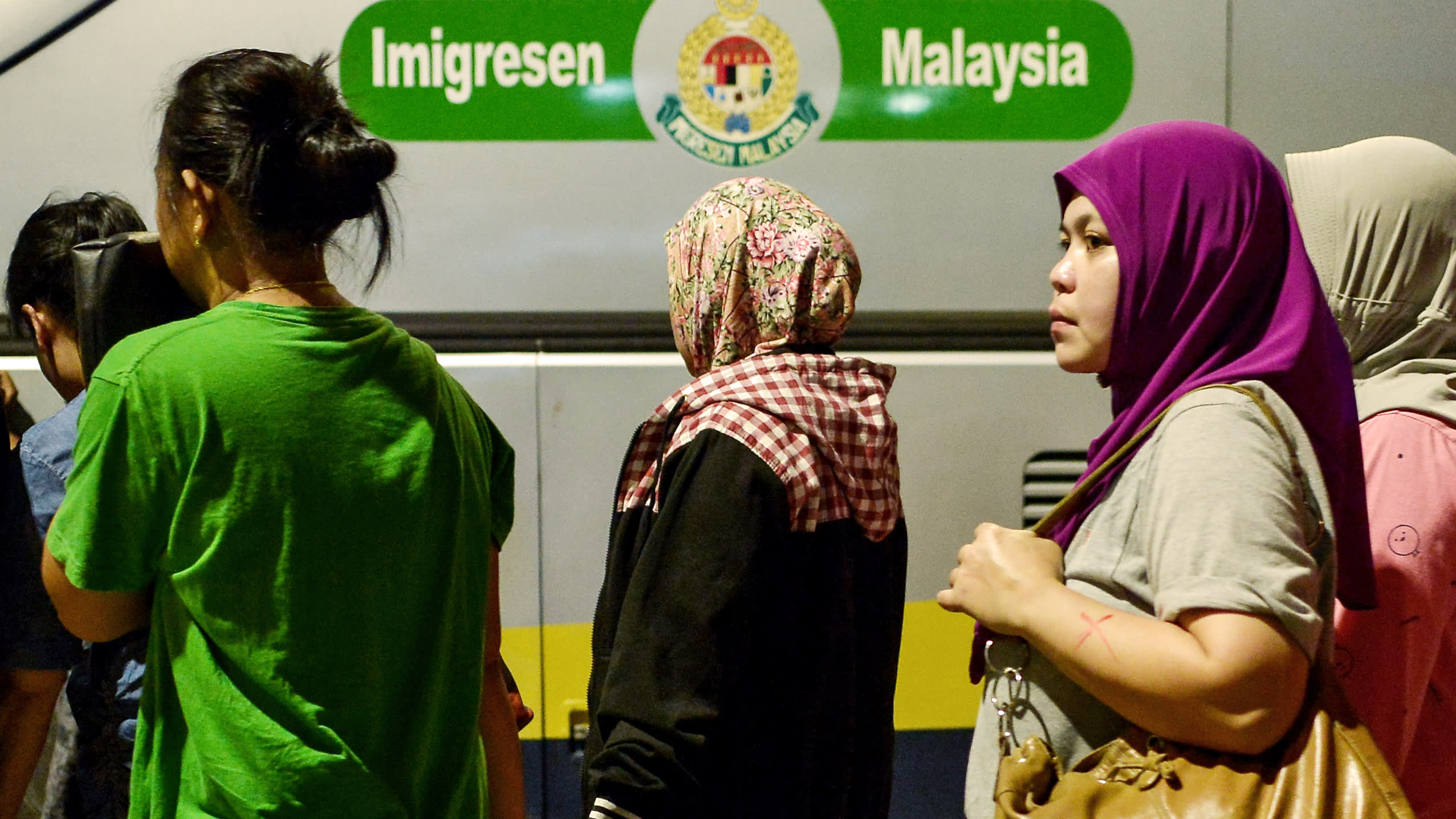 While leaders of ASEAN spoke eloquently about mutual trade and investment at their summit in Singapore this month, they had little to say about another key flow in the region — migration.

Admittedly, they did express collective concern about the Rohingya people who become international refugees in fleeing Myanmar for Bangladesh and other countries.

But for the most part they ignored the much bigger movements of other groups of people who daily cross their states’ borders, mostly in search of a better life.

While members of the 10-member Association of Southeast Asian Nations have made big efforts to have advance mutual trade and investment flows to the benefit of their 640 million inhabitants, they have not been entirely inclusive in its march forward. Migrants, numbering around 6.5 million people, have largely been left out of the ASEAN integration process.

This must change. It is time for ASEAN to respond more urgently to migrants’ needs with coordinated policies both for refugees, fleeing for their safety, and the much larger numbers of economic migrants. While each country will rightly have its own laws and practices, common rules should be developed to give migrants more protection and dignity.

Migrations is a major political factor in the region, with a sharp division between those countries which largely supply migrants — Cambodia, Indonesia, Myanmar, the Philippines and Vietnam — and those which receive them — Thailand, Malaysia and Singapore. Together these three countries host 6.5 million migrants, 96% of them coming from other ASEAN states.

These include 284,949 documented refugees seeking asylum in neighboring states, plus unknown numbers of others who have fled for safety without registering anywhere. Almost all the rest are economic migrants looking for jobs.

As intra-ASEAN migration has increased in recent years, member states have taken acknowledged the problem and taken some steps to reduce the barriers to mobility and promote greater regional integration.

An ASEAN declaration aiming to protect migrant workers was signed early as 2007. But migration has become a significant issue in official terms with the ASEAN Economic Community Blueprint 2025, agreed in 2015, which envisages reducing paperwork for work visas.

However, the troubling fact remains that the focus of these deliberations falls more on facilitating the migration of high-skilled migrants such as engineers and nurses and much less on the much larger numbers of low-skill workers, who end up as laborers and cleaners.

The abundance of human rights violation cases involving domestic workers in ASEAN seem to highlight a lack of legal protection for the thousands of women. There are not enough regulatory officials and police to assess and prevent exploitation.

Meanwhile, the Rohingya crisis has not only put pressure on neighboring Bangladesh, where most refugees have gone, but given ASEAN members a challenge that not only members have handled well. In 2015 when 25,000 Rohingya refugees were abandoned in the seas in a boat by human traffickers, the Philippine government opened its doors, offering the stranded refugees emergency assistance for five months before they were relocated to permanent settlements in the Philippines. But Thailand, Malaysia and Indonesia all repeatedly rejected these latter-day boat people and towed their vessels back out to sea.

Some ASEAN members have expressed concerns that refugees bring security threats and crime, including terrorism, human trafficking and smuggling arms and drugs. Even skilled economic migrants can be seen as a danger. Students in Cambodia and Myanmar have often demonstrated hostility to foreign professionals coming from other ASEAN countries, fearing the newcomers were stealing locals’ jobs.

For an institution like ASEAN, based on the mantra of noninterference, making common policies on a tricky issue like migration is challenging. But for the organization to mature and become more like the European Union, it must tackle hard topics, including migration.

ASEAN should develop a single set of asylum policy principles. While each individual state may have different approaches to processing refugees, they require a standardized principles on upholding refugees’ human rights. Common standards in refugee centers and in resettling refugees are also important. However, countries should retain the right to decide how many refugees they can realistically shelter.

Similarly when it comes to economic migration, countries may differ on the technicalities such as job contracts and decide on accepting different numbers of immigrant workers. But there should be ASEAN-wide agreements on humanitarian aspects of labor migration including workplace safety, and ethical practices for recruiting, employing, paying and treating migrants. Illegal labor migration thrives in the absence of clear and transparent rules and migration channels.

Policies should be benchmarking policies against international standards such as those of the EU, which are particularly robust. I am not suggesting EU-style freedom of movement but a common EU-based framework for the human rights of refugees and migrants.

Country-specific policies for low-skilled migrants and refugees should, over time, be harmonized. Where there is political resistance to granting naturalization to immigrants, then migrants’ rights as resident noncitizens can be made more dignified. Wealthier host countries, such as Singapore, should lead the way.

While ASEAN has primarily been an economic organization, it has already acknowledged the need for action on human rights with the creating of bodies such as the ASEAN Intergovernmental Commission on Human Rights (AICHR) and the ASEAN Commission on the Promotion and Protection of the Rights of Women and Children (ACWC). However, unlike, for example, the European Charter of Fundamental Rights, there seems to be no specific mentions of the terms “refugee,” “asylum-seeker” or “forced migrant” in any of these key ASEAN documents. This needs to be addressed, and soon.

Treating migrants ultimately benefits both the migrants and the host country. The free movement of workers boosts economic growth, trade and the spread of innovation. Regions which fail to facilitate the well-managed movement of labor do not only jeopardize the dignity and even the lives of migrants, they also harm their own economic interests.

You are in: Home / Resources / Commentary / Migration — the forgotten part of ASEAN integration