Migration benefits all of us. These stories show how

In the last two years, international media has been full of stories of migrants and their hardships, accompanied by grim photographs splashed across their front pages. The content is almost identical: bleak tales of migrants from war-torn countries entering Europe in search for a better life, and the challenges for both the migrants and the host countries.

The most recent case is that of Myanmar’s Rohingya refugees fleeing murder, rape, arson, and torture unleashed by the military, and taking shelter in neighbouring Bangladesh. In Austria, recent elections continue to reflect the rising influence of anti-immigrant right wing parties in Europe. While Bangladesh, a country of first asylum, is struggling to provide basic lifeline support to people fleeing ethnic cleansing in the Rakhine state of Myanmar.

But things are not always so bleak for migrants fleeing their homes in search of a new life in a mostly unfamiliar land. 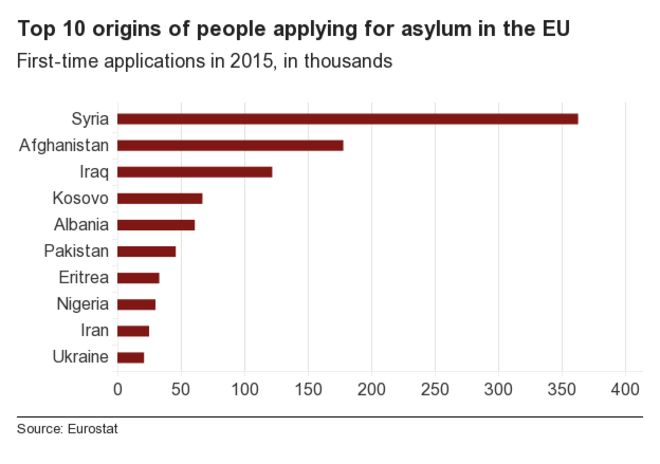 Berlin has an inspiring story where refugees are being trained as museum guides, while others are providing tours in their native language. Firstly, these migrants are earning money, and gain a new sense of purpose as they are able to return to a job. Moreover this is their first step towards assimilation.

Many of these refugees are highly educated and were doctors, lawyers, accountants and teachers in their country of origin. The refugees who plan to return home, find inspiration when comparing their country with Germany. Germany’s recent history of rebuilding a country after the Second World War gives them a sense of hopefulness. Their countries’ exhibits of antiques help them reconnect with their culture and heritage despite being a long way from home.

The town called Schwabisch Gmund has a story to share where 800 migrants were assigned by the government to be housed. Instead of accommodating the migrants in one area, they are being spread out in the local area. Many are hosted by the surrounding villages, which help them to know the people and culture better. German language for migrants is also offered by Schwabisch Gmund, which also encourages them to undertake voluntary work. These activities demonstrate the desire of migrants to play their part in the society, helping gain acceptance in the local community.

From an economic perspective, the influx of migrants into Europe provides an opportunity, as the region faces the major demographic challenge of an ageing population. The EU’s fertility rate is 1.5 children per woman and working age population would be shrinking if it were not for migration.

The German economy is a good example, as it is creating jobs faster than natives can fill them. In the UK, the period of high immigration, which started in 1997 and peaked in 2004, had a positive impact on GDP and employment. Immigrants bring various skills and aptitudes, catalysing the locals to improve their own. While the difference in performance in the UK between immigrants and the natives is marginal, it is significantly higher in Spain, Greece, Belgium and Sweden.

Meanwhile, Charles Agyemang from Ghana has an interesting story to share. He worked in the field of public health for over 10 years and migrated from Ghana to Western Europe. He visits Ghana every year with the help of the International Organization for Migration. As part of its MIDA (Migration for Development in Africa) Ghana health project, Agyemang teaches and collaborates with other health workers and experts.

As a continent in transition, Africa’s eating pattern is changing. Africans also suffer from hypertension, diabetes and cardiovascular diseases. Charles, along with his colleagues, goes into the community and educates people about their rights and health. The migrant Charles is making a positive difference in his native country and is appreciated for what he does to improve people’s lives.

The ghost town of Riace in Italy is being revived by migrants. The past 18 years has witnessed the influx of more than 6,000 migrants and the Mayor of Lucano offers refugees uninhabited apartments and job training. Zara Husseini, 34, for example weaves fabric on a loom and embroiders it with needlework. She and her daughter fled from the clutches of the Taliban in Afghanistan to find a new life in Europe.

Selma Giana is a young Somali woman who works in a shop in Riace, where she has been living for two months. When asked about her past, she recounts the horrors she encountered as smugglers kept her captive during her horrific journey through Ethiopia, Sudan and Libya. They refused to give her any food, sexually assaulted her, and tortured her for months.

Riace’s natives believe that the migrant experience has been good for their town and Mayor Lucano has a message for the European politicians who keep migrants out. “To those Europeans who fear migrants bring disease, take away their jobs and sense of security; they bring us their culture, their world, their colours and their knowledge.”

In the world of sports, many players have migrated from Africa to France, or different parts of Europe, and are represented on an international level. Zlatan Ibrahimovic has an interesting background. His father was a Bosnian Muslim and his mother a Croatian Catholic. Both his parents migrated to Sweden. At the age of 2, his parents divorced and he became an infamous bicycle thief. Eventually, he polished his football skills and surprisingly when he was 15, wanted to quit. However his coach at Malmo FF football club convinced him to stay, and he is now known as one of Sweden’s greatest football players.

Historically, stories abound about refugees who made the world a better place to live in. Einstein migrated to the US after leaving Nazi Germany, for fear of his family being sent to a concentration camp. After working for the Institute for Advanced Study, he applied for American citizenship. The actor Mila Kunis left the Soviet Union at the age of seven, in fear of religious oppression by the anti-Semitic government. Steve Jobs has a gripping family history, as his father was a Syrian immigrant though they never formally met.

All these stories call attention to the positive impacts of migration. In the host countries, job vacancies and the skills gap can be filled, and economic growth can be sustained. The Temporary Return of Qualified Nationals (TRQN) has resulted in the home countries reaping the benefits of migration, as returning migrants bring savings, skills and international contacts with them.

The challenge set forth by the refugee crisis may seem insuperable, but some stories show that there is a beacon of hope. These spirited individuals are showing Europeans and the rest of the world the positive energy and optimism that they bring and, in many instances, filling the gaps that would otherwise remain empty.

You are in: Home / Resources / Commentary / Migration benefits all of us. These stories show how