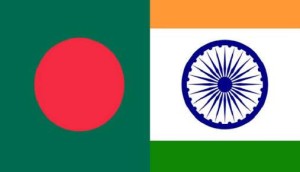 Prime Minister Sheikh Hasina’s recently concluded official visit to India during April 7-10, 2017 witnessed the signing of 35 bilateral documents (according to a statement released by the Bangladesh government), agreements and MoUs (Memorandum of Understanding) on a diverse range of areas including power, energy, defence, infrastructure and education. Ties between the two countries have continued to be on the rise for the last eight years, with four exchanges of visits at the level of heads of government since 2010. This visit has seen the scope of engagement between the two countries expanding from more traditional means of cooperation to exploring opportunities as well as developing on the success of previous collaborations.

India has declared to invest up to USD 10 billion in infrastructure and medicine, in a bid to decrease the large trade imbalance which is currently in favour of India. Another USD 5 billion in loans has been pledged, which includes USD 500 million in military assistance. Tariff and non-tariff barriers such as inadequate border infrastructure, bureaucratic and customs bottlenecks, delays due to manual clearance, visa problems, lack of banking services and warehouse facilities at the border have hindered bilateral trade.

With an aim to improve road connectivity, trial run of the Kolkata-Khulna-Dhaka bus service took place on April 8. The old rail route between Kolkata and Khulna, which went defunct in 1965 due to escalating tensions in the region, was reopened. Passenger services are expected to begin in July, making travel accessible and affordable for people across the border seeking education, treatment and pilgrimage. In terms of maritime connectivity, an MoU aiming to enhance cruise passenger services along the coastal routes between India and Bangladesh was signed. In order to facilitate cargo movement from northeastern states of India, an MoU was approved for dredging of the Ashuganj-Zakiganj stretch of the Kushiyara River and the Sirajganj-Daikhawa stretch of Jamuna River. This will help reduce congestion on the Siliguri Corridor (or Chicken’s Neck), a narrow stretch of land, located in the Indian state of West Bengal that connects India’s northeastern states to the rest of the nation, with Nepal and Bangladesh lying on either side of the corridor.

Agreements between Reliance Power and Bangladesh Power Development Board (BPDB), for phase I of the 750 MW liquefied natural gas (LNG) power project at Meghnaghat near Dhaka, were signed. This agreement was worth USD 1 billion out of a total proposed investment of USD 3 billion. Reliance Power also signed an MoU with Petrobangla to set up an LNG terminal at Kutubdia Island near Chittagong. For the Rampal Maitree Power Project, another USD 1.6 billion was pledged for debt financing through the agreement between Bangladesh-India Friendship Power Company (Pvt) Limited (BIFPCL) and Exim Bank of India. Adani Power pledged an investment deal worth USD 2 billion and also signed a power purchase agreement (PPA) with the Power Grid Company of Bangladesh. Indian state-run National Thermal Power Corporation Limited (NTPC) and BPDB signed an agreement for supply of power from Nepal that foresees an investment of USD 3.15 billion.

Charting new avenues for cooperation and tapping fresh opportunities, nuclear energy agreements between India and Bangladesh have been signed for the first time. Nuclear energy agreements comprised of cooperation in the peaceful use of nuclear energy, exchange of technical information and cooperation in the regulation of nuclear safety and radiation protection, and cooperation regarding nuclear power plant projects in Bangladesh. As construction of Bangladesh’s first nuclear power plant in Rooppur is expected to begin later this year, the exchange of information with a neighbouring country like India, which began operating its own nuclear plant in 2014, will be advantageous for Bangladesh.

The BBIN (Bangladesh-Bhutan-India-Nepal) initiative, which had been stalling for the last few years, also saw a restart as initiatives for road, rail, rivers, sea, transmission lines, petroleum pipelines and digital connectivity were laid out and discussed. The up-and-coming Bay of Bengal initiative was among the talks, as a roadmap for cooperation in the exploration of hydrocarbons, marine resources, deep sea fishing, preservation of marine ecology, and disaster management was also discussed.

There is no denying that India-Bangladesh relationship stands at the top of the foreign policy agenda in Bangladesh and is a priority for India. Although issues like the Teesta treaty and concerns about defence cooperation have cast a shadow over the visit, on balance, the outcome of this visit has seen more progress than ever before.

Fableeha Bushra Choudhury is a Senior Research Associate at The Institute for Policy, Advocacy, and Governance (IPAG).

You are in: Home / Resources / Commentary / A historic visit