The Lady and the Exodus 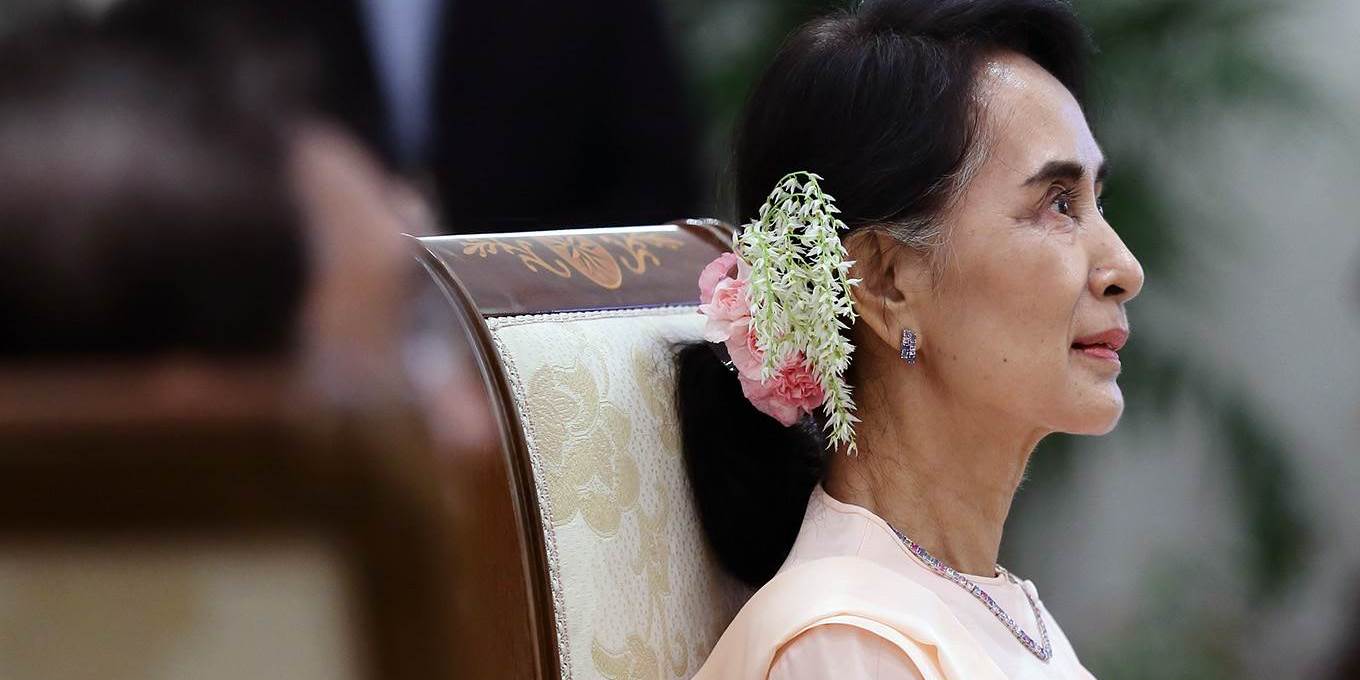 The escalating campaign of ethnic cleansing by Myanmar’s military in Rakhine State is threatening to undermine the country’s ongoing democratic transition – and to tarnish irrevocably the reputation of the country’s de facto leader, Daw Aung San Suu Kyi. But she still wields enough moral authority to act.

DHAKA – Myanmar is in crisis. The Rohingya – a Muslim ethnic minority group in a predominantly Buddhist country – are under attack by the military, with many fleeing for their lives. This escalating conflict is threatening to undermine Myanmar’s ongoing democratic transition – and to tarnish irrevocably the reputation of the country’s de facto leader, Daw
Aung San Suu Kyi.
For decades, Myanmar’s government has refused to recognize the Rohingya – who comprise around 2% of the country’s population of over 50 million – as a legitimate ethnic minority, denying them citizenship and even the most basic rights as inhabitants. But it was just last month that systematic discrimination escalated into ethnic cleansing, with security forces responding to attacks on police posts and an army camp by Rohingya militants by launching an assault on all Rohingya people.

So far, Myanmar has confirmed 400 deaths, though United Nations officials put the toll closer to 1,000. Moreover, upwards of 300,000 Rohingya have fled to neighboring Bangladesh. Several thousand more Rohingya are waiting at the border, awaiting permission to enter the country.

For a Bangladesh already reeling from seasonal flooding, managing the inflow of refugees has proved a momentous challenge. Makeshift camps are overcrowded, lacking in basic resources, and vulnerable to natural disasters; already, a cyclone has destroyed some camps. Other surrounding countries, including India, Thailand, and Malaysia, are also feeling the effects of the Rohingya’s plight.
Far from moving to stop this humanitarian crisis, Suu Kyi’s government has exacerbated it. While Suu Kyi does not control the military, which is leading the murderous crackdown, her government has blocked UN agencies from delivering vital emergency supplies. The UN Population Fund (UNFPA), Refugee Agency (UNHCR), and Children’s Fund (UNICEF) have all been forced to halt work in the affected areas.
This represents a tragic departure for Suu Kyi, who previously won international acclaim – and a Nobel Peace Prize – for her role in the fight for democracy in Myanmar. The rise to power of her National League for Democracy in 2015 marked the end of 50 years of military rule in the country formerly known as Burma, and seemed to herald a new era, in which the human rights of all inhabitants would be respected and protected.
Amid the violence against the Rohingya, faith in Myanmar’s transition from military dictatorship to democracy is rapidly deteriorating. The military, which holds 25% of the seats in parliament, has already blocked Suu Kyi from becoming president, and, along with
Myanmar’s nationalists, it continues to constrain her authority. Now, the military is actively persecuting and even murdering members of one of the country’s largest ethnic and religious minority groups, in what the UN High Commissioner for Human Rights, Zeid Ra’ad al-Hussein, has rightly called “a textbook example of ethnic cleansing” – all for political reasons.

Buddhist nationalism has lately been gaining traction among many Burmese, fueling hatred and violence toward the Muslim Rohingya. By attacking the Rohingya, the military secures the support of Buddhist monks, who remain influential in Myanmar and could thus challenge the military’s authority.
As for Suu Kyi, she is now between a rock and a hard place. If she sides with the Rohingya, she will face a powerful backlash from the military and a large share of voters. But, by remaining silent, she is severely damaging the moral authority that allowed her to wear down Myanmar’s generals and place the country on the path to democracy.
Suu Kyi did appoint a commission, led by former UN Secretary-General Kofi Annan, to figure out how to address the divisions between the Rohingya and Buddhists in Rakhine State, where most Rohingya live. But her goal appeared to be simply to buy time, though she probably also hoped that Annan would find a way to resolve her dilemma.
Of course, that was impossible. Instead, the commission called for the immediate establishment by Suu Kyi’s government of a clear, transparent, and efficient strategy and timeline for the citizenship verification process. The commission also emphasized the need to
“allow full and unimpeded humanitarian access to all areas affected by recent violence.”
Myanmar’s military made clear its stance on these proposals right after the report was released: it opened fire on Rohingya civilians in northern Rakhine, leaving at least 100 people dead. The massacre was ostensibly a response to an attack by Rohingya militants that killed 12 members of the security forces, though, as al-Hussein put it, the military’s actions were
“clearly disproportionate.”
What Myanmar needs today is a genuine peace process that recognizes the ethnic and religious components of the Rohingya crisis. Suu Kyi, who was praised by the Nobel Committee in 1991 as “an outstanding example of the power of the powerless,” should be the person to lead such a process. Yes, her power is severely limited, as she has no authority whatsoever over the military. Yet her moral authority, which once proved powerful enough to bend the military to her will, is not entirely depleted.
To wield that authority effectively, Suu Kyi must be willing to take a political risk. To be sure, as delicate as the political order is in Myanmar, there is no gridlock that obviates an agenda for progress in achieving peace. But a peace process will require Suu Kyi to stand up to Myanmar’s generals, as she has done in the past, reminding them of the enormous benefits they have reaped from the political transition and convincing them that it is not in their interest to jeopardize the democratization process.
Suu Kyi said in her Nobel Peace Prize lecture in 2012, “to be forgotten, is to die a little.” She must not allow the Rohingya to be driven out and forgotten. Her task is to give power to the powerless and bring peace to Myanmar.
_________________________________________________________________________________________________________

You are in: Home / Resources / Commentary / The Lady and the Exodus