Rohingya refugees should press Myanmar for their own state

Self-government in Rakhine could persuade them back from Bangladesh 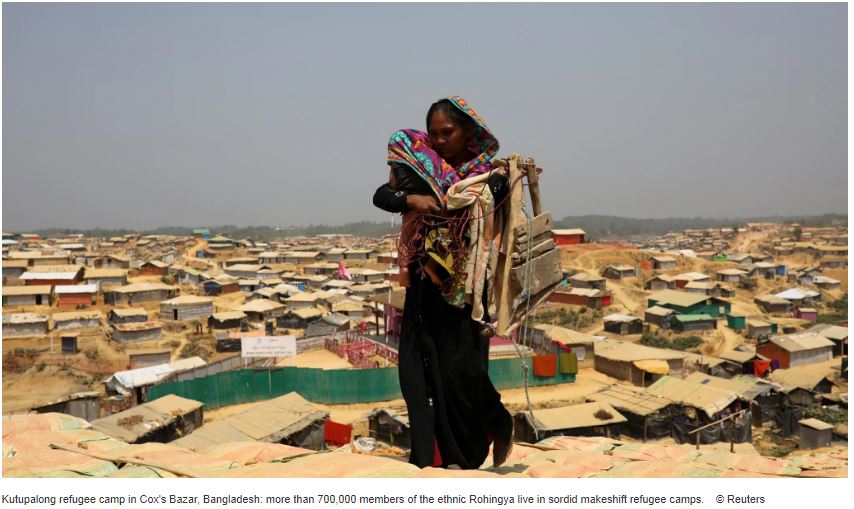 “Rohingyas should either be treated as nationals or they should be given their territory to form their own state,” said Mahathir Mohamad, the Malaysian prime minister, during his four-day visit to Turkey in late July.

Mahathir’s provocative comment came as the international community has made a renewed effort to oppose the atrocities committed for two years now against the Rohingya, a Muslim minority in Myanmar. His words were controversial but necessary, and they set the terms of debate anew.

One of the world’s most persecuted religious minorities, the Rohingya were rendered stateless in their own country in 1982 through the revocation of citizenship. They were labeled “illegal immigrants from Bangladesh” despite having a lineage of centuries in Myanmar.

Brutal eviction drives in 1978 and 1991-92 sent thousands of Rohingyas fleeing from Myanmar’s Rakhine state to neighboring Bangladesh. Although Myanmar took back some of the refugees each time under pressure, repatriation efforts slowed almost to a standstill from 2005.

In 2017, following the deaths of 12 Myanmar security personnel at the hands of Rohingya rebels, the Rohingya were subjected to new waves of brutal persecution, which included murder, torture, rape and arson, by both the military and local mobs. An estimated 10,000 Rohingyas were killed in this military crackdown. 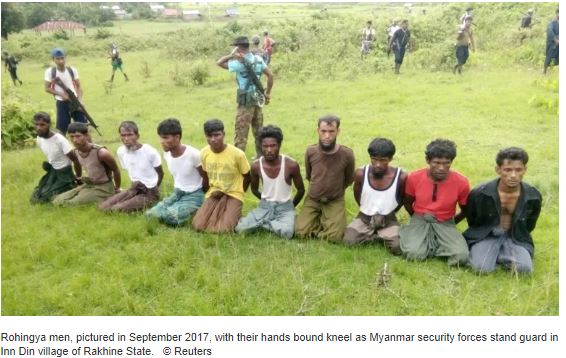 Consequently, more than 700,000 members of the ethnic Rohingya fled to Bangladesh, living in sordid makeshift refugee camps. The U.N. has already termed the atrocities “genocide,” adding that Myanmar’s military leaders should face trial in international courts for bringing about this inhumane situation.

There has been some international action. In July, the U.S. imposed travel sanctions against the top four commanders of the Myanmar army, known as Tatmadaw. Meanwhile, International Criminal Court prosecutors have been granted permission by judges to open a preliminary probe into the atrocities committed against the Rohingya.

But there has been no constructive action from Myanmar yet, and the plight of the Rohingya continues in ominous limbo, pressing Bangladesh’s good will. This is why the world must now consider a state for the Rohingya.

It is not that the Rohingya want to stay. During his visit in last July to the refugee camp in Cox’s Bazar, Taro Kono, Japan’s foreign minister, learned firsthand from Rohingya refugees that they are unwilling to stay in Bangladesh for a long time and want to go back to their homeland as soon as the conditions are conducive for safe return.

Although Bangladesh, having the ninth-highest population density in the world, has shown exemplary generosity in accepting the Rohingya refugees, this small South Asian country is facing formidable challenges in providing shelter and sustenance for the huge number of refugees.

In January 2018, Myanmar and Bangladesh signed a “Physical Arrangement” document with a view to facilitating the repatriation of the Rohingyas within two years. Although the first group of the refugees was supposed to move in November 2018, the process came to a standstill because the Rohingya feared a dangerous and unwelcoming reception in Rakhine.

“Not a single Rohingya has volunteered to return to Rakhine due to the absence of conducive environment there,” said Bangladesh’s foreign secretary in March 2019. 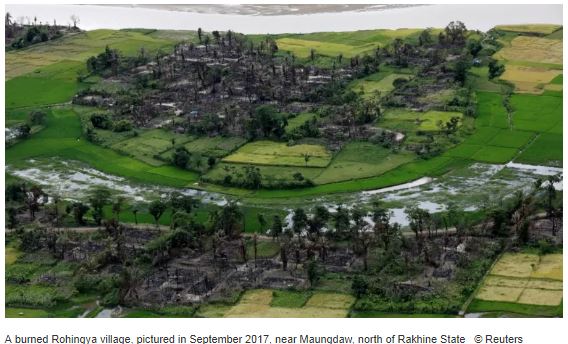 Now Bangladeshis are growing dissatisfied — a new concern for the Rohingya. The local population has seized on sporadic drug offenses and criminal activities by some Rohingya, as reported in the media, to fuel their annoyance.

As Bangladesh’s patience wears thin, Myanmar’s response has been feeble and inadequate. Bangladesh has already handed over names of 55,000 Rohingya refugees to the Myanmar authority for repatriation, but Myanmar has been playing a cat-and-mouse game with Rohingya repatriation for more than four decades.

Recent promises by Myanmar seem more like delaying tactics devoid of real commitment designed to reduce international pressure. It is in this context that Mahathir’s suggestion to Myanmar of either giving citizenship to the Rohingya or separating a state for them makes sense for the safe and dignified repatriation of the Rohingya.

While the proposal by U.S. Congressman Bradley Sherman to bring Rakhine state under Bangladeshi control seems blunt, the idea of an autonomous state within Myanmar seems more practicable.

If Myanmar, particularly the military, feels that integrating the Rohingya with citizenship is an impossibility given sectarian hatred, it should take the option of granting autonomy by demarcating a reasonable area in northern Rakhine for a state for the 1 million Rohingya who were there before the latest atrocities.

The autonomous state can still be part of Myanmar, with central government keeping foreign affairs, defense and central taxation under its control. The autonomous region can retain the right to self-administration in local governance, health, education, taxes and other civilian aspects.

To address any lack of resources and administrative capabilities, the process can be overseen by the U.N. in similar ways to initiatives such as the transitional administrations in East Timor and in Cambodia, until the autonomous province attains stability and sustainability.

In the absence of safe and dignified repatriation, the Rohingya have the moral justification to press for their rights for an autonomous state in their homeland Rakhine.

Syed Munir Khasru is chairman of international think tank the Institute for Policy, Advocacy, and Governance, which has a presence in Dhaka, Melbourne, Vienna and Dubai.

You are in: Home / Resources / Commentary / Rohingya refugees should press Myanmar for their own state