On the great Asian highway 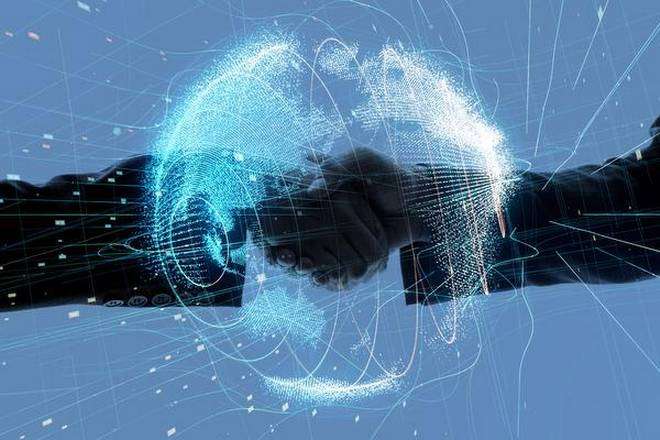 One of the key non-military issues that does not just bedevil India-China relations but also significantly affects many countries in the region is the inability of the two Asian giants to communicate, cooperate and coordinate on matters of regional trade and connectivity which could have benefited all. On that note, one hopes that the stand taken by External Affairs Minister Sushma Swaraj on declining to endorse China’s Belt and Road Initiative (BRI) at the just concluded Shanghai Cooperation Organisation (SCO) Foreign Ministers’ meeting is more of a strategic bargaining position, and not an instance of obstinate negative regionalism that has been plaguing the region for long.

Looking into South Asia, where most multi-country connectivity initiatives are usually deemed to be mere talk shops, one recent positive development has been the trial run, on April 23, of a Bangladesh-Nepal bus service through India under the Bangladesh-Bhutan-India-Nepal (BBIN) motor vehicles agreement. It shows that the ambition of establishing physical connectivity among the smaller states of South Asia through India can eventually be realised and break the usual political gridlock that characterises the region. Although Bhutan failed to ratify the agreement due to opposition from its parliament, instead of halting progress, the country asked other stakeholders to move ahead and expressed hope of joining the initiative if and once it gets clearance from the parliament. Bhutan’s positive go-ahead not only demonstrated the immense potential to be realised through simple cooperation but also showed that it is possible to implement pragmatic plans even when all members are not able to participate at the same time.

Poor connectivity is the major reason why intra-regional trade is among the lowest in South Asia. South Asia, with its 1.8 billion population, is only capable of conducting around 5% intraregional trade as connectivity remains a constant barrier. Non-tariff barriers (NTBs) continue to plague the region and addressing infrastructure deficits can do away with 80% of the NTBs. In addition to enhancing trade, connectivity can significantly improve people-to-people interaction leading to better understanding, greater tolerance\ and closer diplomatic relations in the region.

States in South and Southeast Asia are involved in multiple regional initiatives led by India and China but are unable to get the benefit due to their slow progress. The South Asian Association for Regional Cooperation remains moribund with little hope of it becoming functional in the near future. The Bay of Bengal too remains among the least integrated regions in spite of having immense potential of enhancing trade through utilisation of its ports and waterways. The India-led Bay of Bengal Initiative for Multi-Sectoral Technical and Economic Cooperation (BIMSTEC) involving Bangladesh, Bhutan, India, Myanmar, Nepal, Sri Lanka, and Thailand, has made little progress. Serving as a funnel to the Malacca Straits, one of the world’s busiest waterways, the Bay of Bengal has now become one of the most important strategic hotspots for global trade and all countries in BIMSTEC are losing out due to this prolonged period of dormancy. In all this time, the organisation has only had meetings, negotiations and leaders’ summit and stalled free trade agreement negotiations. However, there has been some progress through the establishment of the BIMSTEC Energy Centre and a task force on Trans Power Exchange and Development Projects, which was established to develop a memorandum of understanding for the establishment of the BIMSTEC Grid Interconnection.

On the other hand, China is leading its own regional ambition with its BRI. A portion of the Maritime Silk Route crosses the Bay of Bengal and involves Bangladesh, Myanmar and Sri Lanka. Both China and India are pursuing regional initiatives on their own which could lead to benefit for all involved states. Regional agendas could have been pursued efficiently if the initiatives were complementary rather than competing. If the BRI, BIMSTEC and BBIN were developed through coordination and consultation, led by the two Asian giants, the projects under the schemes could have been implemented more efficiently. With the minimum required cooperation in pursuing regional initiatives, India and China can significantly enhance trade, investment and connectivity in the region. This would not only would be a win-win for the two giants but also enormously benefit smaller countries.

As Prime Minister Narendra Modi and Chinese President Xi Jinping meet again, after the Wuhan informal summit, in June for the SCO summit in Qingdao, China, they have an opportunity to forge a pragmatic understanding on the efficacy of regional initiatives through greater communication, enhanced cooperation and better coordination. In the end, slow moving regional projects end up hurting most the resource-constrained citizenry of the region who are deprived from the benefits emanating from well-thought-out and carefully strategised regional connectivity projects. Caught in the quagmire of continental, regional and sub-regional geopolitics, the smaller states are losing out and having to pay the price of missed economic opportunities as the two Asian giants shake hands but seldom see eye to eye even on matters of common economic and strategic interests. Mr. Modi and Mr. Xi must seize the chance to change this.

Syed Munir Khasru is chairman of the international think tank, The Institute for Policy, Advocacy, and Governance. E-mail: munir.khasru@ipag.org

You are in: Home / Resources / Commentary / On the great Asian highway