A region of rising intolerance 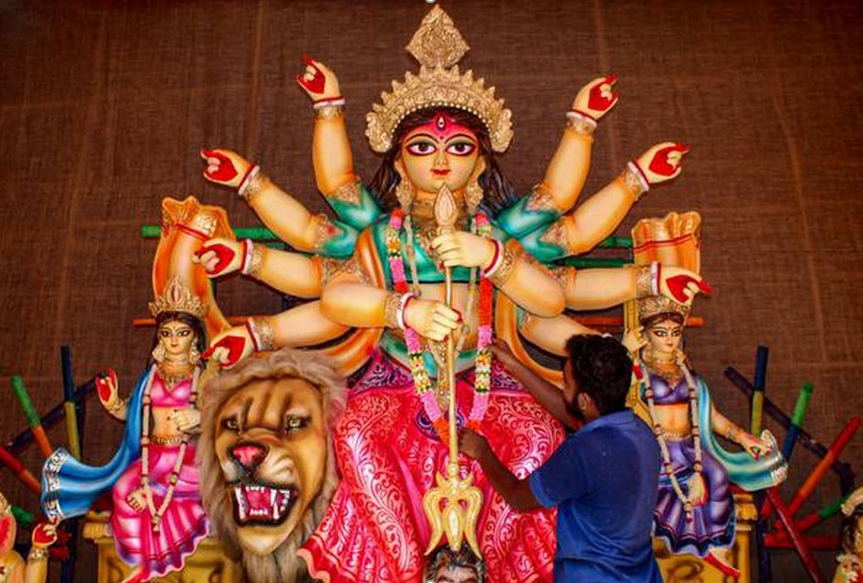 An artist gives final touches to an idol of Goddess Durga ahead of ‘Durga Puja’ festival, in Malda district

This month, Durga Puja pavilions, Hindu temples and homes were attacked in Bangladesh. These attacks followed rumours that the Koran had been desecrated at a pandal. Prime Minister Sheikh Hasina’s administration assured the Hindus of security and deployed additional security forces in districts which had witnessed attacks. A few hours after the Prime Minister’s assurance, an ISKCON temple was attacked. At least five people have been killed in these attacks.

A legacy of conflict

Religious tension is not new in the Indian subcontinent. Conflicts often break out among different religious groups, and minorities are targeted. The 1992 Babri Masjid demolition in Ayodhya caused riots which led to the deaths of about 2,000 people. The 1993 Bombay bombings, the 2019 Easter attacks in Colombo, and the frequent terror attacks in Pakistan over the past decade are other examples. In the case of Bangladesh, where Hindus make up about 9% of the population and Muslims 90%, attacks against the Hindu minority are either retaliations to acts committed in the name of religion within the country or neighbouring India, or due to the extremist views of some Muslims. For instance, the demolition of the Babri Masjid in Ayodhya instigated a violent response in Bangladesh and mobs started demolishing multiple Hindu temples.

Faith-based conflicts take place both within and among countries. The India-Pakistan rivalry extends from the religious and political fields to sports — cricket matches between the two teams see a bigger audience than usual. The separation of Bangladesh from Pakistan in 1971 was an example of how culture too plays a pivotal role in separating or uniting a country.

In the recent past, right-wing parties have been ruling the subcontinent, gaining the support of the dominant religious population and undermining religious minorities. The Bharatiya Janata Party (BJP) in India and Tehrek-e-Insaaf (PTI) in Pakistan are examples. The controversial Citizenship (Amendment) Act passed in Indian Parliament in 2019 was a faith-based test of citizenship and instigated rallies and protests across the subcontinent. Ms. Hasina called the law “unnecessary”. The rise of the Taliban in Afghanistan was supported by PTI leader and Pakistan Prime Minister Imran Khan. The subcontinent is evolving towards a polarisation of Hindus and Muslims.

In Bangladesh, what is appreciable is that the government takes strict action against religious extremist groups and also promotes the celebration of festivals of all religions by ensuring security at religious sites on festival days. Muslims visit Hindu temples on Durga Puja or celebrate Holi and invite Hindus on Eid. Bangladesh has developed a strong anti-terrorism wing from its security forces to tackle religious extremist attacks. The anti-terrorism unit has prevented countless planned attacks and jailed numerous extremist groups. Some have been sentenced to death, including those involved in the attack of the local café Holey Artisan in July 2016. Bangladesh has not only cracked down on terror groups since the café attack but also prevented gatherings of religious protesters to prevent violence. For example, a recent gathering of Muslim extremist groups in protest against France’s anti-Islamic laws was disrupted by law enforcers.

In India, on the other hand, the government came under criticism first for not taking prompt action against cow vigilantes who were attacking poor Muslims and then for enacting the CAA. Protests against the law broke out across the nation and the administration responded to them with divisive rhetoric and heavy-handedness.

Unfortunately, the South Asian political leadership is bereft of a vision and the courage needed to rise to the occasion and stand together to send an unequivocal message of zero tolerance against all forms of religious extremism and bigotry. When religion becomes a tool for achieving political mileage, the resulting flames of hatred and intolerance quickly spread. This has the potential of becoming a wildfire that devours everything that comes along the way. Such fire and fury can only hurt this region’s socioeconomic aspirations. The rise of the Taliban in Afghanistan is a wake-up call to South Asia’s political leadership to form a united front against all forms of religious dogma and extremism. Seventy-five years after Partition, harmony, religious coexistence and tolerance are all under threat. Can the region afford such myopia when there are so many burning issues to resolve such as poverty alleviation, climate change and food security?

Syed Munir Khasru is Chairman of The Institute for Policy, Advocacy, and Governance, New Delhi, India, which also has a presence in Dhaka, Melbourne, Vienna and Dubai.

You are in: Home / Uncatagories / A region of rising intolerance