50 years on, the Asian Development Bank must move with the times

Mr. Syed Munir Khasru says the ADB, which has played no small role in the region’s spectacular development, must now widen its network and portfolio to better respond to today’s needs 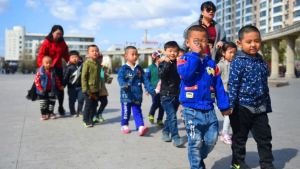 Asia today is the fastest growing region in the world, housing three of the 10 largest economies – China, Japan and India. The once poverty-stricken states of Asia, with their intermittent political violence and weak governance, have become today’s star performers.

The Asian Development Bank (ADB), which celebrates 50 years of operation this week, was created to cater to Asian development needs and played a significant role in the rise of the region. Over the past 50 years, the bank has contributed ­US$300 billion worth of development financing to its member countries and is expected to increase its annual loan commitments to US$20 billion by 2020, with almost half of its lending portfolio allocated to energy and transport infrastructure. Through the ADB, the US and Japan and later China have funnelled funds worth billions to infrastructure-hungry Asian economies.

Unlike the World Bank, where decisions were undertaken in Washington, based on the West’s experience of development financing in Europe, the ADB took a very Asian approach to its projects and lending criteria.

The ADB, however, has had its fair share of criticism as well. Changing geopolitical landscapes and global economics demand that more voting rights go to emerging China and India. As of now, the non-Asian member, the US, holds the second-largest voting power (12.71 per cent) after Japan (12.8 per cent), while China, the largest Asian economy, holds a paltry 5.46 per cent of the voting power.

And while the bank’s primary focus has been on infrastructure and connectivity, it needs to move towards projects that enhance good governance and promote democratic principles in the emerging Asian economies. Governance, human rights and women’s empowerment have not moved in tandem with economic growth in Asia.

To meet its infrastructure requirements, Asia requires US$26 trillion in investment by 2030. The urban population in Asia is expected to nearly double in the next four decades, putting tremendous pressure on cities. And despite all its successes, Asia is still a region where 1.2 billion people live on less than ­US$3.10 per day. As the ADB celebrates its 50 years, it has a challenging task ahead to widen its network and portfolio and establish a poverty-free and self-sustaining Asia.

You are in: Home / Resources / Commentary / 50 years on, the Asian Development Bank must move with the times